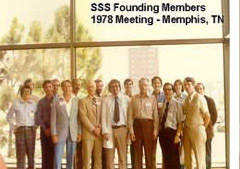 If you have not attended a Southern Sleep Society meeting, you need to put it on your bucket list. The Society is the oldest-surviving regional organization and is known for the quality of its conferences, with well-known speakers, cutting-edge research topics, insightful clinical presentations, and top-level exhibitors and supporters.

The Society started 44 years ago by a few clinical researchers that wanted to get together yearly to discuss their research projects, compare data, and debate findings in sleep medicine. The idea was to meet at a resort, bring along the family, and have a weekend of education during a vacation. The first meeting was held in Memphis, TN in 1978. The Society was eventually incorporated in the State of Alabama by Dr. Vernon Pegram. Since that time, conferences have been held four times in Memphis, but New Orleans seems to be the favorite spot for the Society to meet, with meetings held there on seven different occasions. Meeting in the South is important for the organization, hence the name “Southern Sleep Society”. However, conferences have been held as far west as Snowbird, UT and as far north as Bethesda, MD.

Many of the earlier Founders and Past Presidents have passed on, but they have all left an indelible footprint in sleep medicine and have mentored numerous young physicians, sleep technologists, Respiratory Therapists, Psychologists, and Nurses who have become pioneers themselves.

The By-Laws of the Southern Sleep Society can be viewed in PDF format: